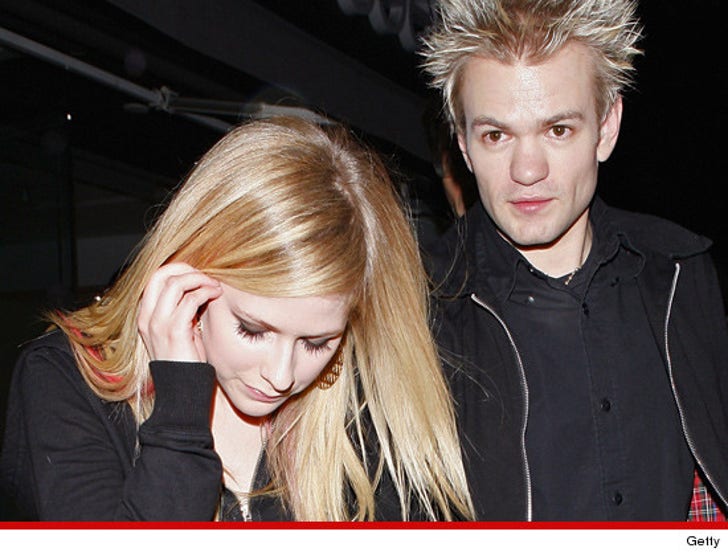 Here's something you didn't know about Sum 41 singer Deryck Whibley -- he took Avril Lavigne's last name when he married her, and now ... 3 years after divorcing her he's finally sick of it ... because he's filed legal docs to drop it.

It's pretty crazy -- A) because he took her last name in the first place and NO ONE KNEW, and B) because it took him so long (FOUR YEARS) to switch it back.

To review: Deryck ended up stuck with Avril's last name -- and Avril ended up ... stuck with Chad Kroger.

It's a toss up who got the worst end of that deal.