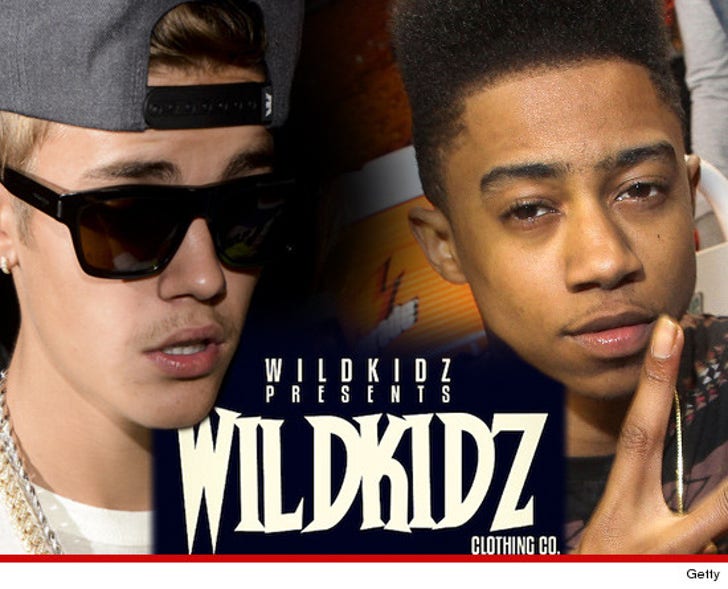 Justin Bieber has officially KILLED his plans to create a clothing line called "Wild Kidz" -- but he's letting one of his old lackies munch on the scraps ... TMZ has learned.

Of course, "Wild Kidz" was that stupid catch phrase Bieber and his friends Lil Za and Lil Twist would shout while doing dumb crap like pissing in mop buckets and flipping off ex-Presidents.

Bieber's people filed paperwork to trademark the phrase for a clothing line back in September ... and it seemed like the brand was on the fast track to production.

But as we previously reported, Bieb and the Lils started having some problems with their relationship (Bieb kicked 'em out of his Calabasas home) ... and in October, Lil Twist made a play for the brand by filing a trademark application for the name "W.I.L.D. Kidz." (See what he did there?)

Clearly, a war was brewing ... but sources tell us Bieber is planning to wave the white flag because he's OVER the company -- and doesn't care enough to fight Twist for the rights to the name.

So in the end, Twist gets everything he wanted ... well almost everything ... 'cause he's still banned from sleepovers at Justin's place. Sad.