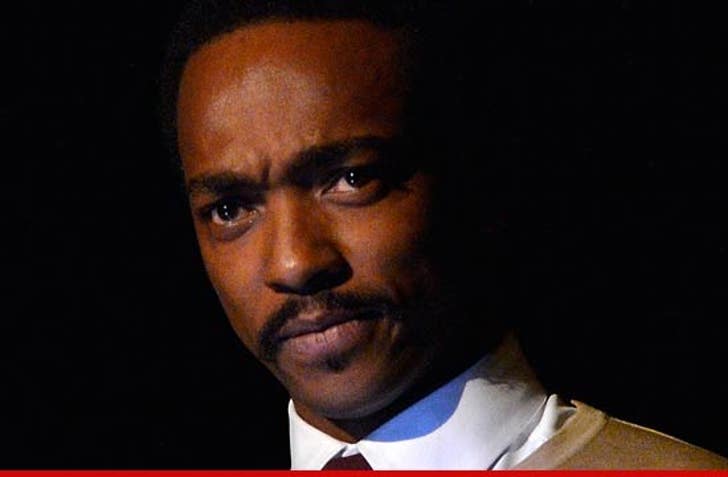 Anthony Mackie -- who has appeared in numerous big movies including "8 Mile," "Hurt Locker" and "Gangster Squad," was arrested Saturday morning for drunk driving ... TMZ has learned.

Law enforcement sources tell us ... Mackie was driving in NYC at around 1:30 when cops pulled him over for tinted windows. We're told when they approached the driver's side they noticed Mackie had bloodshot, watery eyes and they smelled booze.

Mackie flunked several field sobriety tests and was then cuffed and taken to a nearby police station where he was booked.

Mackie refused to submit to a blood-alcohol test. For that, he'll have his license automatically suspended.