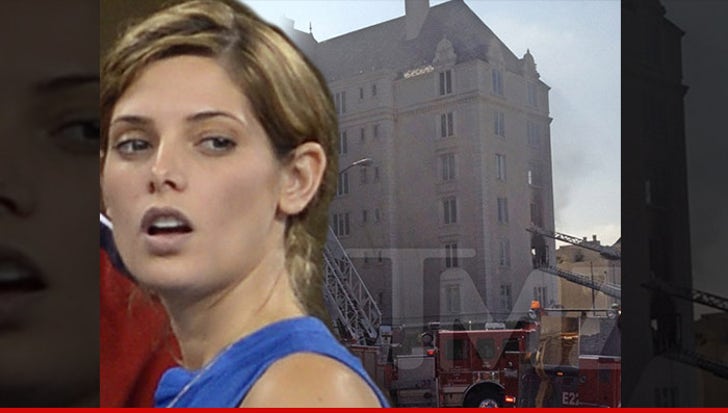 Ashley Greene is being sued over the fire she started in her West Hollywood apartment that killed her dog and injured the man who helped rescue fleeing residents.

Adrian Mayorga just filed a lawsuit against the "Twilight" star -- obtained by TMZ -- in which he claims he was hurt while running through the smoke-filled hallways, while yelling and screaming for residents to flee.

The doorman claims he suffered exhaustion, dehydration and smoke inhalation and ended up in the hospital.

Four residents in neighboring units have also sued, claiming the fire wreaked havoc on them with soot and water damage.

The fire started when a candle in Ashley's unit set the sofa ablaze, killing her Fox Terrier, Marlo. A second dog survived.