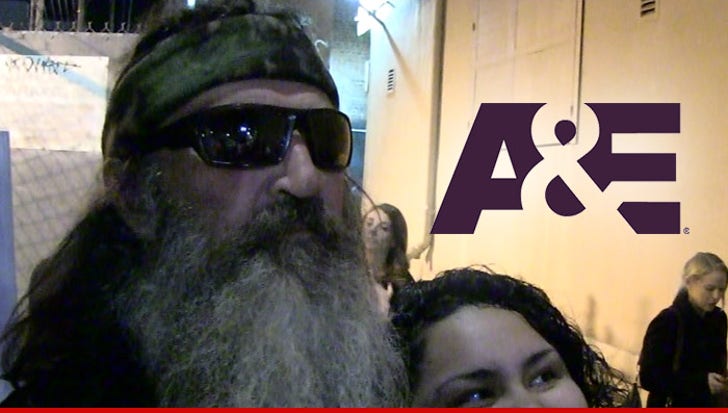 "Duck Dynasty" star Phil Robertson has been SUSPENDED INDEFINITELY by A&E after a series of homophobic comments he made in a recent GQ interview.

A rep for A&E released a statement, saying, "We are extremely disappointed to have read Phil Robertson’s comments in GQ, which are based on his own personal beliefs and are not reflected in the series 'Duck Dynasty.'"

The rep added, "His personal views in no way reflect those of A&E Networks, who have always been strong supporters and champions of the LGBT community."

A&E has suspended him indefinitely from the show. The rest of the "Duck Dynasty" family is expected to remain on the show.

As we reported, Phil told GQ about how a vagina is more desirable than a man's anus, and how homosexuality and bestiality are the same sin. 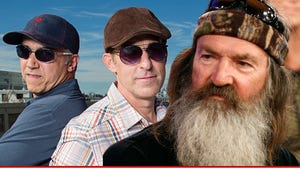