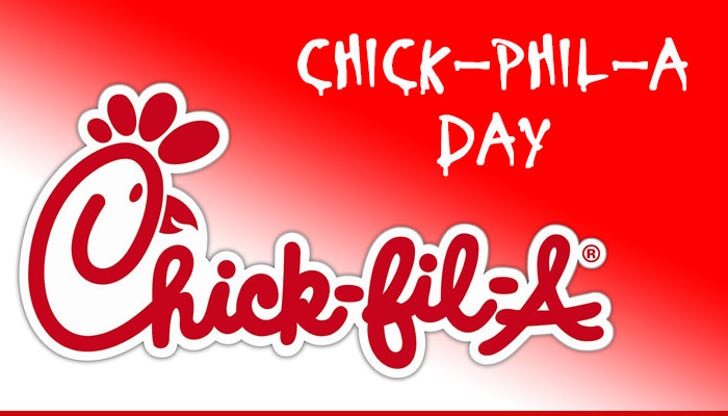 They've got A LOT in common (killing poultry, homophobia) ... but the people at Chick-fil-A are adamant the company is NOT involved with a growing pro-Phil Robertson campaign called "Chick-Phil-A."

The Chick-Phil-A campaign is picking up steam on social media ... encouraging people to eat at Chick-fil-A restaurants on January 21st while wearing Duck Commander or camouflage gear to show their support for the "Duck Dynasty" star.

A Facebook page for the campaign says, "Stand for free speech. Sit for good food." So far, more than 40,000 people have already committed to participate

But despite the fact Chick-fil-A knows a little something about anti-gay marriage controversies, the restaurant says the event "is in no way sponsored by or affiliated with Chick-fil-A."

Chick-fil-A says Chick-Phil-A was created by an "independent group" ... though at this point, no group has come forward to take credit.