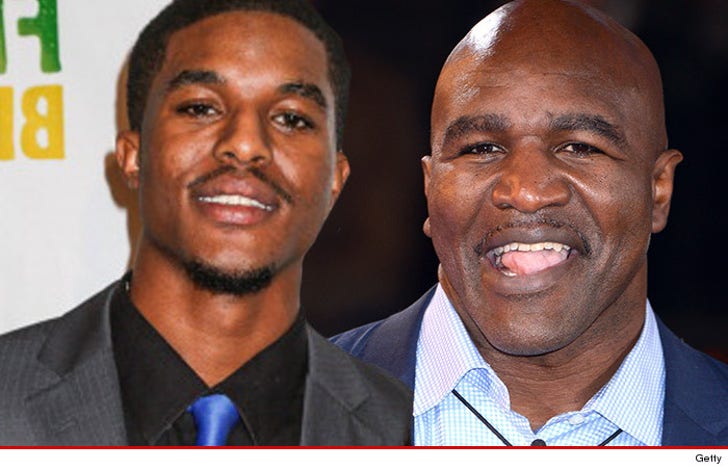 Evander Holyfield may think homosexuality is wrong ... but his son says the heavyweight boxer's got nothing but love for gays -- and even had a great relationship with a gay in-law.

Ewin Holyfield tells TMZ ... Evander is no bigot -- despite being bashed for expressing his opinion on homosexuality during last night's "Celebrity Big Brother" in the UK.

Ewin says, "My dad is the most loving and caring person you will ever meet. He treats everyone like a human being ... even if they are homosexual."

In fact, Ewin says he has a gay uncle ... and Evander treated him like a brother.

Ewin adds, "My dad feels that being gay is a choice ... and naturally that's how things work. You cannot procreate and make a baby with two women, or two men. But at the same time, my dad is not going to judge someone for their sexual orientation." 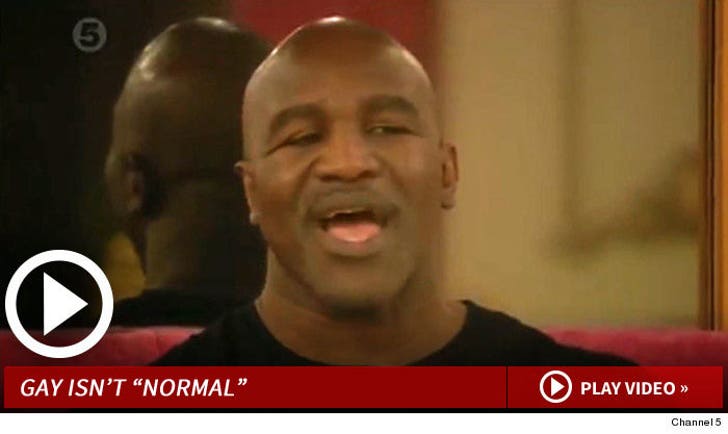 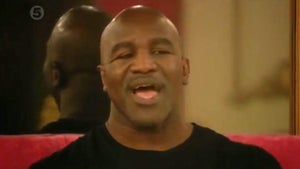 Evander Holyfield -- Rips Gays on 'Big Brother UK' ... It's a Choice and Can Be Fixed