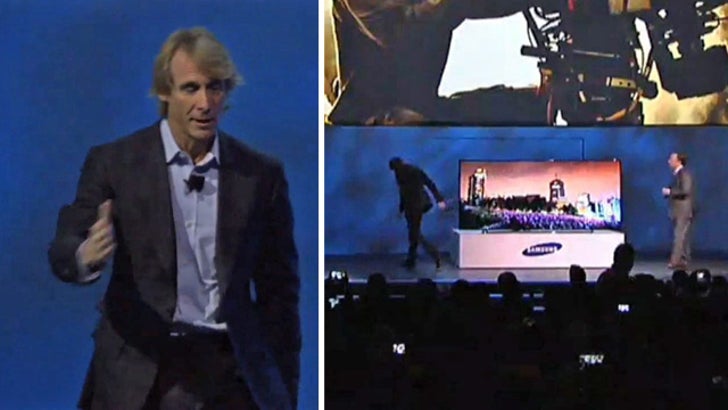 Michael Bay melted down in Vegas today ... after his teleprompter malfunctioned.

The "Transformers" director was the featured speaker for Samsung TV at the CES convention. No sooner did he walk out on stage when it was evident something was terribly wrong.

Michael went blank and then made a reference to "type" ... we've confirmed it was a teleprompter problem. He said he'd wing it, but watch the video ... that didn't happen.

Michael walked off the stage ... leaving the audience and the moderator dumbfounded.

4:12 PM PT -- Bay posted a message on his website explaining the fail ... "Wow! I just embarrassed myself at CES ... I got so excited to talk, that I skipped over the Exec VP's intro line and then the teleprompter got lost." Then he added the obvious, "I guess live shows aren't my thing."