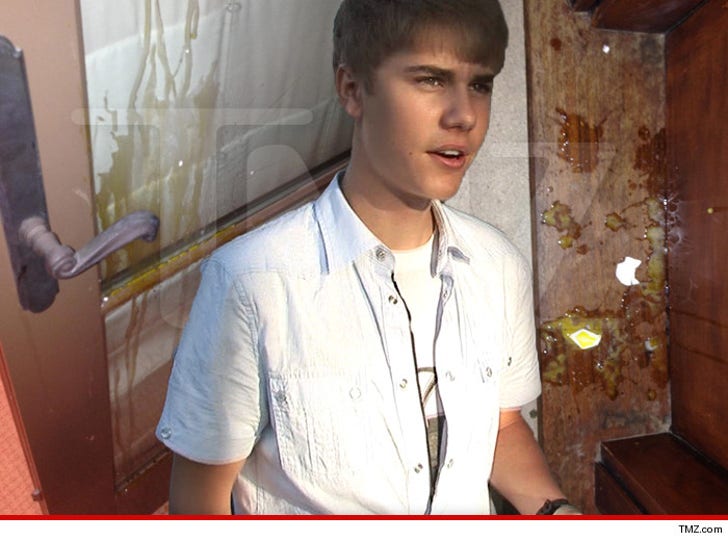 Justin Bieber will be charged with a felony -- if L.A. County Sheriff's detectives have their way.

Law enforcement sources tell TMZ ... 2 detectives met with the owner of the house that Bieber egged Thursday night. We're told the detectives are indignant and believe this is their best chance to nail the Biebs because they have both video of the incident and physical evidence.

And there's urgency to the investigation ... we're told the detectives told the homeowner they need repair estimates by Monday.

Our sources say detectives are confident the estimates will raise the stakes to a felony. In California, if the damage is greater than $400 it becomes FELONY vandalism. We're told the homeowner's damage could be in the 10s of thousands of dollars because the very expensive Venetian plaster on the outside of the house has to be redone, and very expensive doors and other items were either damaged or ruined.

As for why the Sheriff's detectives want to hold Bieber accountable ... they feel he's made a mockery of the legal system by breaking the law numerous times ... the problem has been there was never enough evidence to prosecute him. But there is now.

The D.A. should get the case next week.