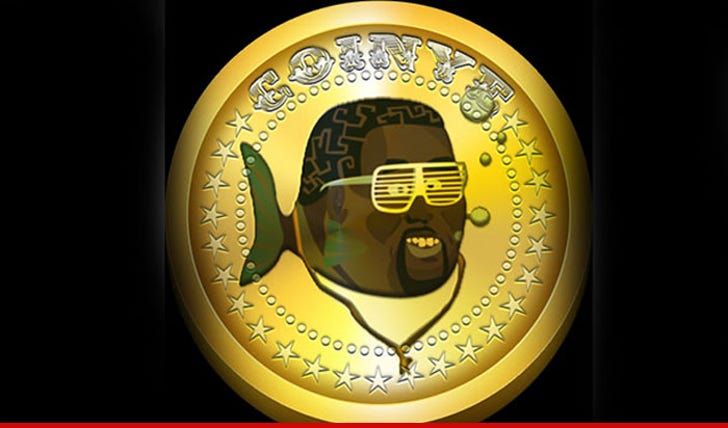 Kanye West has declared legal war on the people who released a virtual currency (like a bitcoin) called Coinye West ... only problem is, he doesn't really know who to sue.

West filed legal docs in NY trying to get a judge to force the people behind Coinye to immediately SHUT DOWN the marketing and sale of the virtual currency, which can be used to buy goods and services through various online merchants.

The "coins" -- which feature a South Park-esque depiction of Kanye sportin' stunner shades -- were first offered to the public for sale on January 7 and Kanye says, "With each day that passes, [my] reputation is irreparably harmed by the continued use of the Coinye West marks."

So, in an effort to shut down the rise of the Coinye currency, Kanye has requested an injunction against several companies he believes are responsible for its release.

But Kanye's facing a huge problem -- 'cause with one exception, the people behind the companies are hiding their identities through various online privacy services ... and Kanye can't crack 'em.

However, Kanye has added Amazon.com to the list of defendants because he believes Amazon provides web hosting services to the websites behind Coinye, and Amazon has failed to pull the plug on those sites.

Besides the injunction, Kanye is suing for a piece of the Coinye profits.

No word if he wants a paper check ... or if he'll settle for some Coinye.