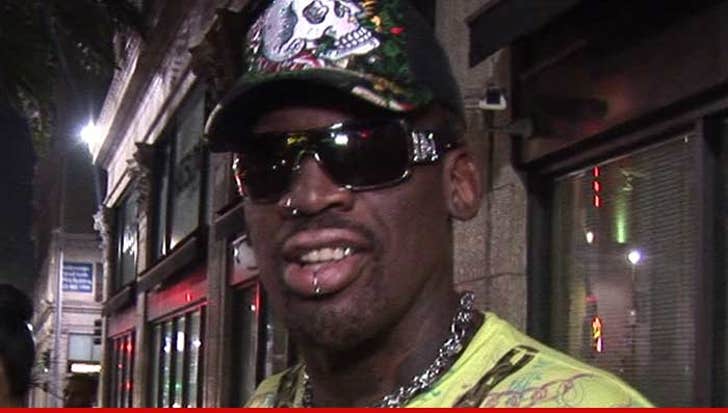 Dennis Rodman is in rehab to treat his never-ending addiction to booze ... TMZ has learned.

Sources connected to Rodman tell us the 52-year old basketball Hall of Famer checked into a treatment center a few days ago in New Jersey ... on the heels of his disastrous trip to North Korea.

We're told Rodman is "beyond exhausted and overwhelmed" ... and he will be in treatment for 30 days.

The Worm has had multiple stints in rehab. Dennis checked into a Florida treatment facility in 2008 ... and in 2009 he appeared on the third season of "Celebrity Rehab." He relapsed shortly after the show premiered.

Rodman blamed booze for his explosion during a recent CNN interview from N. Korea.