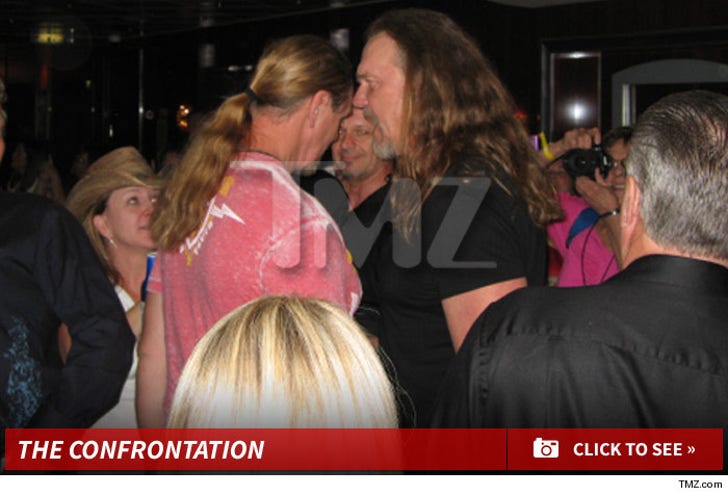 Trace Adkins played a drunken game of country chest bump with his impersonator ... after ordering the guy to take off his f**king hat.

TMZ got a hold of photos from the Jamaica-bound cruise ship where Trace went nuclear on his look-alike, Michael Larsen.

Witnesses tell us ... Trace had been in the bar pounding shots ... and when he saw the impersonator he made a beeline for him.

Trace felt for a long time ... the impersonator had become like a stalker, following him around the country. So when the singer saw the guy on the ship, it was the straw that broke the camel's back.

We're told Adkins screamed, "This has gone on long enough ... Take the f**king hat off." Larsen obliged -- taking off his hat and standing there silently while Trace yelled in his face ... but it was strictly a verbal attack ... no punches were thrown.

The hat has significance ... it's the moniker of a country star. 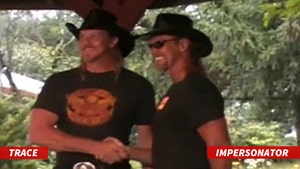