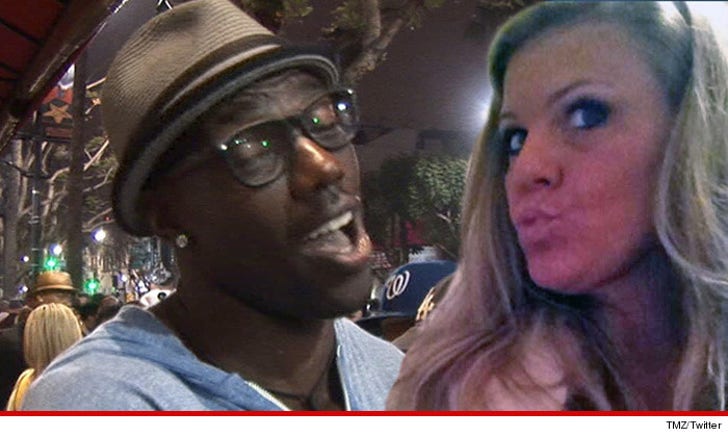 Terrell Owens is officially off the market ... 'cause the ex-NFL star just got MARRIED in a secret wedding in Norwalk, CA ... TMZ Sports has learned.

We broke the story ... 40-year-old Owens recently obtained a marriage certificate to get hitched to 33-year-old Rachel Snider, a former postal worker from Texas.

Now, we've learned the two swapped "I dos" during a very low key ceremony at the courthouse in Norwalk.

Sources tell TMZ Sports the ceremony was so down low, they didn't even exchange rings ... and raced in and out of the courthouse to avoid attention.

It's T.O.'s first marriage -- though he has 4 kids from previous relationships. She has 1.