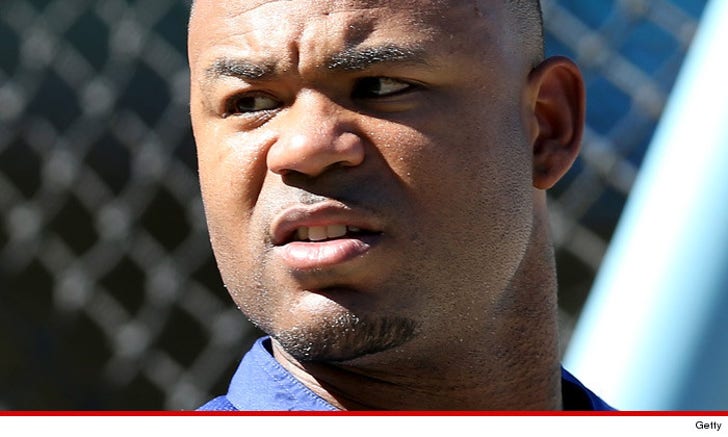 Los Angeles Dodgers superstar Carl Crawford says his baby mama is trying to shake him down for more cash ... despite the fact he gives her AT LEAST $10,000 per month, this according to docs obtained by TMZ Sports.

As we first reported, Crawford's pissed that Freeman recently picked up and moved the family from Arizona to L.A. -- claiming she's trying to squeeze him for more money with the help of CA's more favorable child support laws.

Now, Crawford has filed new docs claiming the judge should force her to stay in AZ because it's not only best for their children ... but because he takes damn good care of her in the Grand Canyon state.

Crawford says he's not only paying for the kids to go to fancy schools, but has showered his ex with multiple homes, cars and $10k per month in child support.