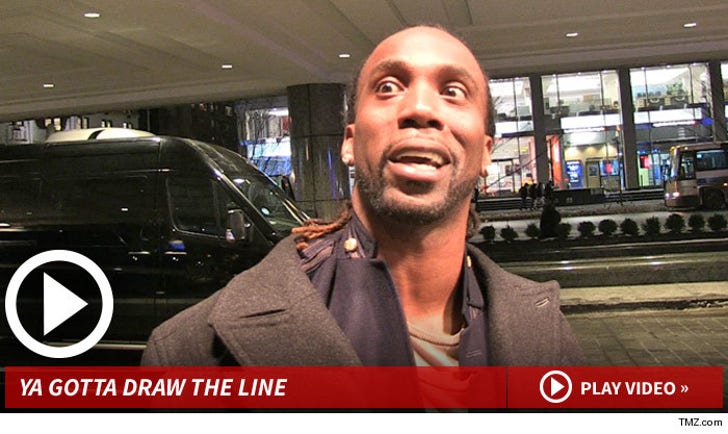 The reigning National League MVP (who signed a $51.5 mil contract in 2012) was in NY and told our photog he's happy to cover family 100% of the time -- and even rookies get a free meal every now and then -- but when it comes to his highly paid teammates, luck often dictates who gets stuck with the bill.

For the record, credit card roulette is super popular with athletes -- everyone gives their card to the server, who then picks one at random ... and that unlucky S.O.B. pays for the entire check, tip included.

Cutch, who recently proposed to his GF on the "Ellen" show, also admits the one downside of being engaged ... he often gets "stuck" watching his fiancee's favorite show -- the Kardashians.

BONUS CLIP -- Andrew, one of the nicest guys in baseball, also walked us through what goes on his head when he gets hit by a pitch ... it's pretty hilarious. Click here for that video.