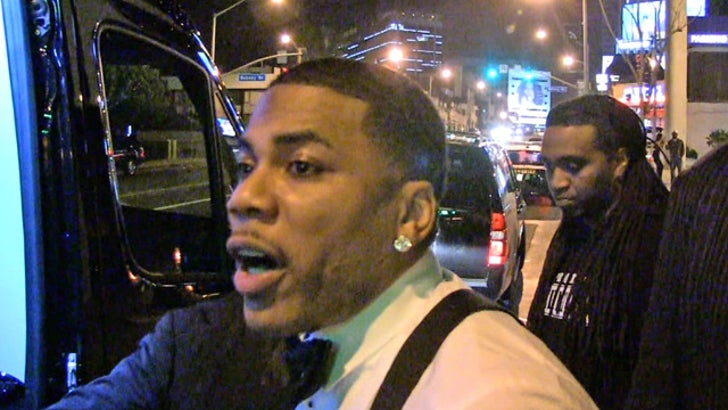 Madonna straight "f**ked up" when she dropped the N-word online in a shout-out to her son ... so says the rapper Nelly, who tells TMZ, "She need to get her sh*t right."

Nelly was leaving a Grammy party at 1OAK nightclub on the Sunset Strip when we asked about Madge's super-controversial Instagram post ... the one where she referred to her white son Rocco as a "n**ga."

Nelly says he's cool with Madonna because she apologized ... but it's clear from Nelly, Madge doesn't have, or ever will have, a pass to use the N-word.

... no matter how many black kids she adopts.