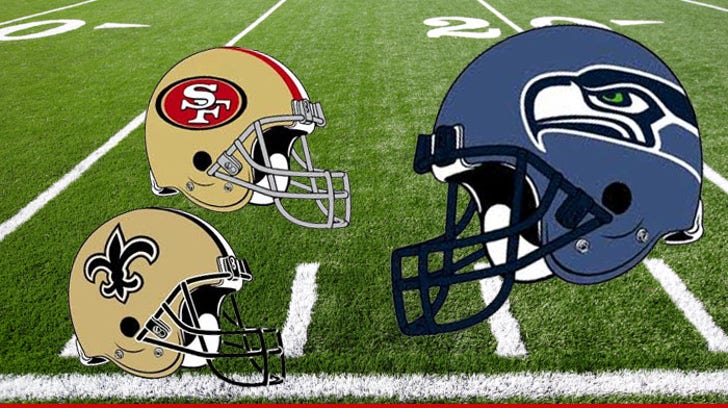 There's a little Aaron Rodgers syndrome going around in the NFL ... 'cause TMZ Sports has learned the mayors of S.F. and N.O. have still not paid off their bets after their teams LOST to the Seahawks in the playoffs.

Here's the deal ... the mayor of Seattle made "fun bets" with the guys in charge of San Francisco and New Orleans when the Seahawks faced the 49ers and the Saints in the playoffs, respectively.

Mitch Landrieu -- the Mayor of N.O. -- agreed to fork over a King Cake from Sucre (a famous bakery) and said he would tap celeb chef Greg Reggio to host a crawfish boil.

Edwin M. Lee -- the Mayor of S.F. -- agreed to send local ice cream and dessert treats that represent the city if the 9ers lost. He also agreed to help fundraise $10k for a Seattle food bank. 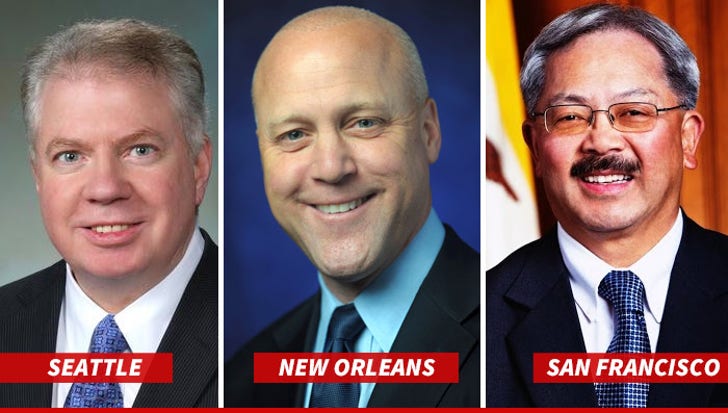 Of course, the Seahawks WON both games ... but our political sources tell us the Mayor of Seattle has not seen the spoils of the victory from either city.

One source tells us, "Admittedly, raising $10k could take some time ... but baking a King Cake doesn't take 3 weeks."

We reached out to both S.F. and N.O. -- no word back from either mayoral office.