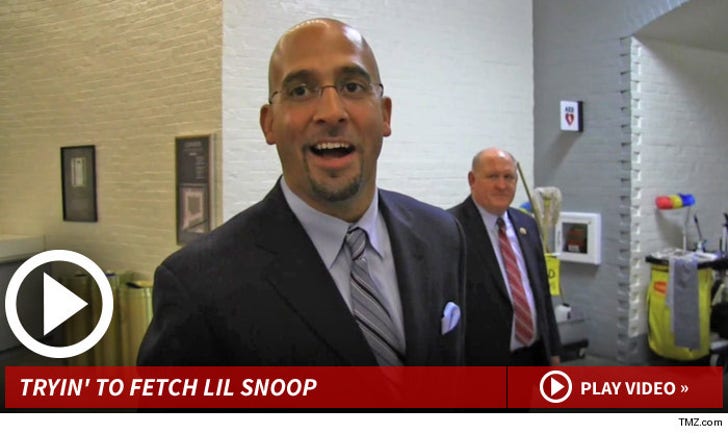 Calvin Broadus might have to change his name to Snoop (Nittany) Lion ... 'cause the new head football coach at Penn State tells TMZ Sports that PSU is interested in recruiting Snoop's son.

We spoke to James Franklin in D.C. (he was in town to attend Obama's State of the Union Address) ... and asked if the university is considering making a push to go after Cordell Broadus ... one of the top high school wide receivers in the country.

Cordell is entering his senior year ... and reportedly has offers from some of the top programs in the country including LSU, Notre Dame and USC.