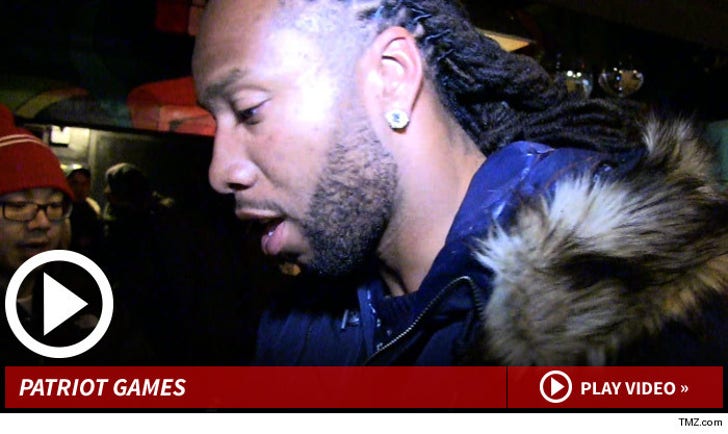 Larry Fitzgerald tells TMZ Sports he knows ABSOLUTELY NOTHING about reports that the New England Patriots wanted to trade for him in 2013 ... then again, Larry's probably lying.

The Arizona Cardinals star was heading into W.i.P. nightclub in NYC last night ... when we asked about the rumors dominating the headlines -- that Bill Belichick was "interested in dealing" for Larry during the season.

"I haven't heard anything about that," Larry told us.

We also asked Larry if he'd be satisfied finishing his career in AZ ... where he's played for his entire career.

Check out the clip -- not exactly a ringing endorsement.