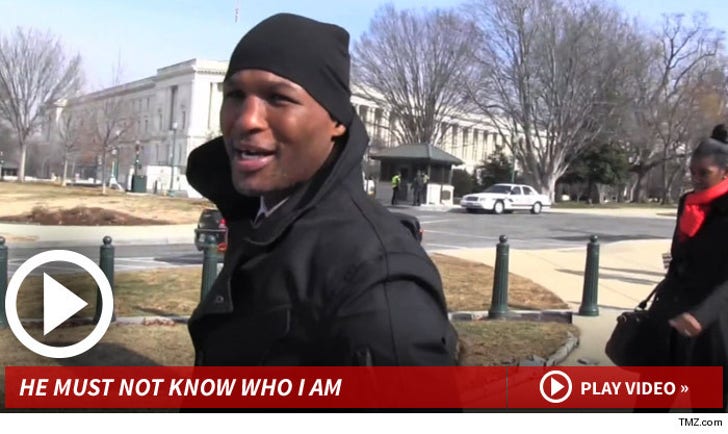 Boxing legend Bernard Hopkins says hip hop star Cam'ron must be CRAZY for calling him out in a rap song -- telling TMZ Sports, he'd run a CLINIC all over Cam'ron's face.

So, when we ran into The Executioner in D.C. yesterday, we had to ask if he thought Cam'ron could take him in a fight.

Ya gotta watch the clip -- B-Hop makes it clear, if the two ever stepped into a ring, Cam'ron would be more humiliated than En'ron.