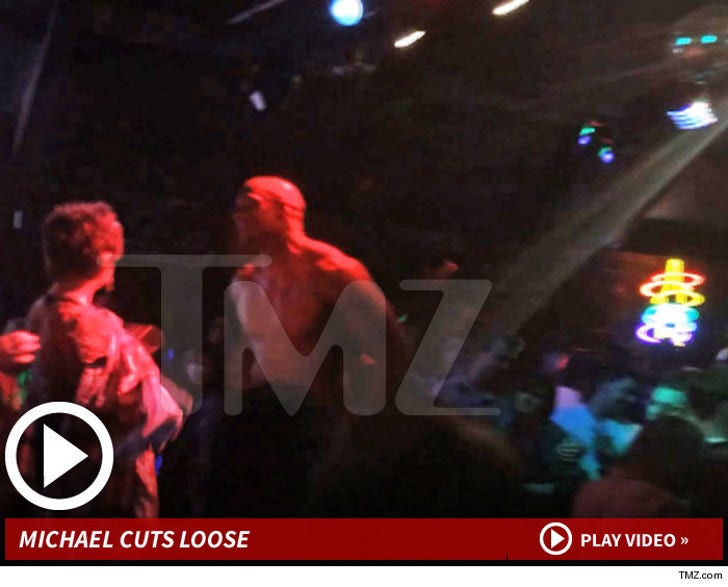 Michael Sam is one HELLUVA dancer -- in fact, the NFL prospect showed off his moves at a gay club in Missouri shot months ago and he didn't care who was watching ... now TMZ Sports has the footage.

Sam hit up the SoCo nightclub in Columbia, MO back in October -- just a few months after he came out to his teammates -- and let loose! So even though Sam made his public declaration Sunday, the reality is he's been out for a while.

In the footage, Sam (sans shirt) is gettin' down to Michael Jackson's "Rock With You" ... grinding all over a bunch of women, who seemed to be enjoying themselves.

Problem is ... shirts are required at the club -- and sources tell us at one point, security approached Sam and asked him to cover up.

He laughed at first ... but eventually complied.