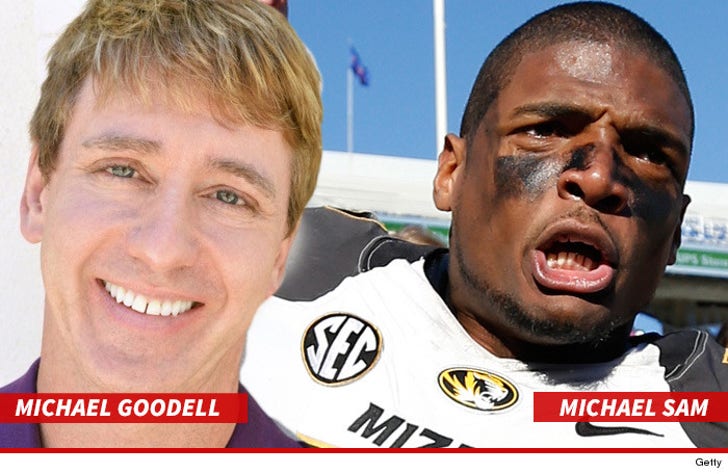 Michael Sam is "an instant hero in the gay and lesbian community" ... so says the brother of NFL commish Roger Goodell, who's also openly gay.

TMZ Sports spoke to Michael Goodell ... who says "it's about time" a top NFL prospect was brave enough to be open about his sexuality.

In fact, Michael compares Sam to Jackie Robinson -- saying because of the defensive end's courage, homosexuality in the NFL "won't be an issue in 10 to 20 years."

Michael -- who's very close with his brother -- says he hasn't spoken to Roger about Michael Sam yet ... but says he knows, "Roger is fine with this. He's a good businessman and he's been around this issue his whole life."

As for whether he thinks Sam's announcement will affect his draft stock -- Michael says, "I've met a lot of the NFL owners through my brother. They're businessmen, not homophobes."