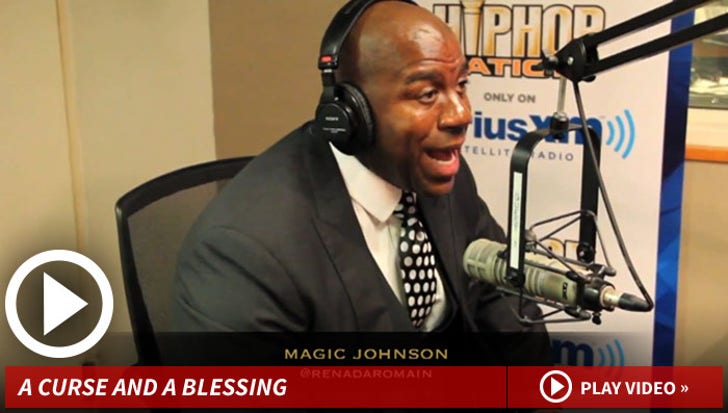 ​Magic Johnson is FINALLY setting the record straight about his battle with HIV -- revealing he is NOT cured, he's NOT taking special medication ... and he's definitely not seeing any Kenyan witch doctors.

The Lakers legend went on HipHopNation on Sirius XM radio today, and talked about the myths surrounding his treatment, telling Renada Romain ... "I do have it and have had it for 22 years, it's just laying asleep in my body."

Magic also says he's not winning his battle because of his enormous wealth ... saying he only has access to the same 30 something drugs everyone else does, and explained he's taking a cocktail of 3 of them.

MJ was recognizing National Black HIV/AIDS awareness, and the Hall of Famer made sure to clear up the biggest myth -- that just because he's survived this long, everyone can.

"The virus acts different in everybody ... so just because I'm doing well, you might NOT do well."