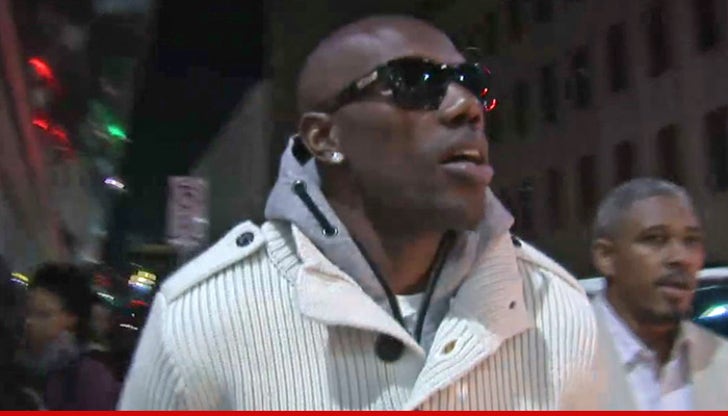 Terrell Owens says his estranged wife is lying -- insisting he's NOT broke ... and he vows to file divorce papers AGAINST HER as soon as he gets back into town.

We broke the story ... after two weeks of marriage, T.O.'s wife Rachel Snider says she left the NFL star and claims he only used her to get a loan for a home in Sherman Oaks.

But T.O.'s rep tells TMZ Sports bluntly -- "Money is NOT an issue for Terrell."

In fact, the rep says Terrell is the "primary" person on the loan -- and Owens is adamant he never hooked up with Snider for money.

"Come on, she’s a postal worker," the rep says ... adding, "Do you really think she’s the primary on the loan?”

The rep says T.O. is currently out of town working on a "new show coming out in March" (she wouldn't reveal details about the show) ... but says he plans to file for divorce as soon as he returns to California.

We reached out to Snider for comment -- no word back.