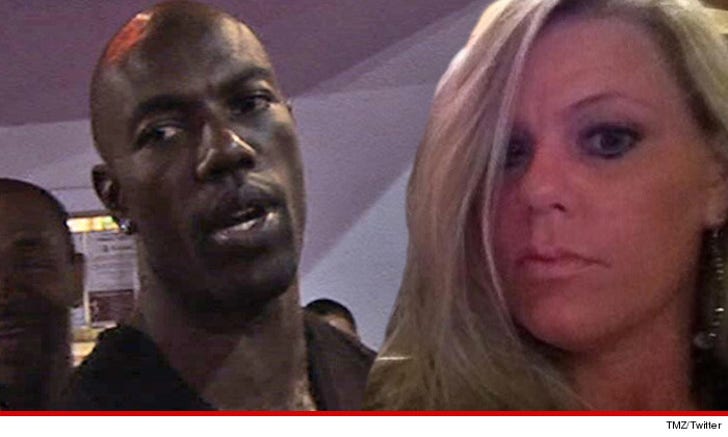 It was only back on January 23rd that T.O. married Rachel Snider in a secret ceremony at a courthouse in Newhall, CA.

But now, we've learned ... Rachel has left T.O. -- moved out of California -- and plans on filing for a divorce asap.

Rachel tells TMZ Sports ... she believes Terrell only married her for money -- and claims he used her so he could get a loan for a $2 million home in Sherman Oaks, CA.

"I felt in love ... and now I feel betrayed and heartbroken," Snider says.

Snider adds, "I really valued his love and friendship for 5 years. Out of the love in my heart, I tried to help him. We had a secret relationship for 5 years and I married him for love."

We made multiple calls to T.O. for comment -- but were unable to get him on the phone.