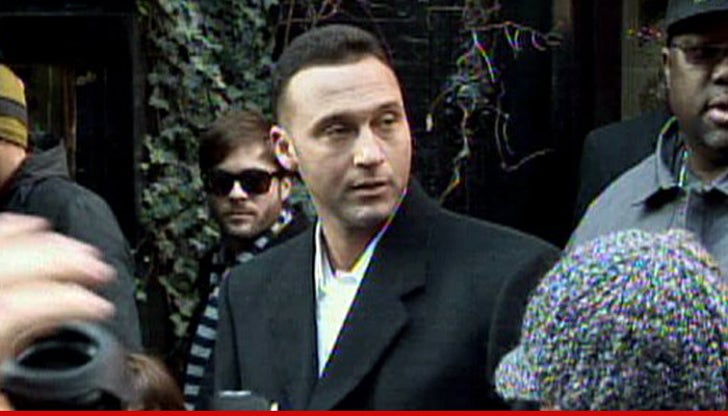 Jeter just posted his explanation on Facebook ... saying, "I could not be more sure. I know it in my heart. The 2014 Season will be my last year playing professional baseball."

He continues, "For the last 20 years I've been completely focused on two goals: playing my best and helping the Yankees win. That means that for 365 days a year my every thought and action were geared toward that goal. It's now time for something new."

The 39-year-old continues, "I want to soak in every moment of every day this year, so I can remember it for the rest of my life. And most importantly, I want to help the Yankees reach our goal of winning another championship." 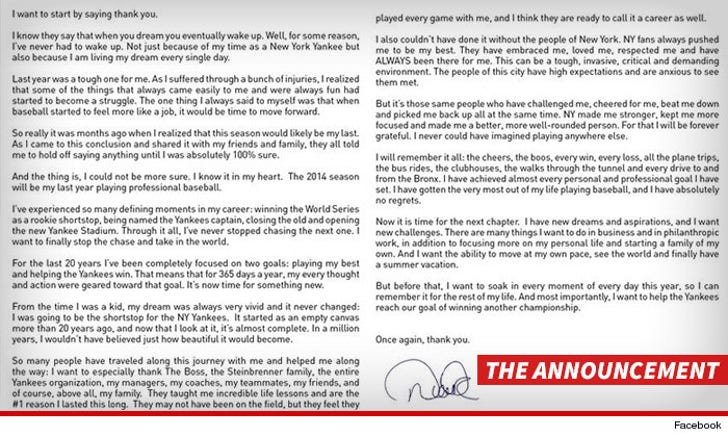 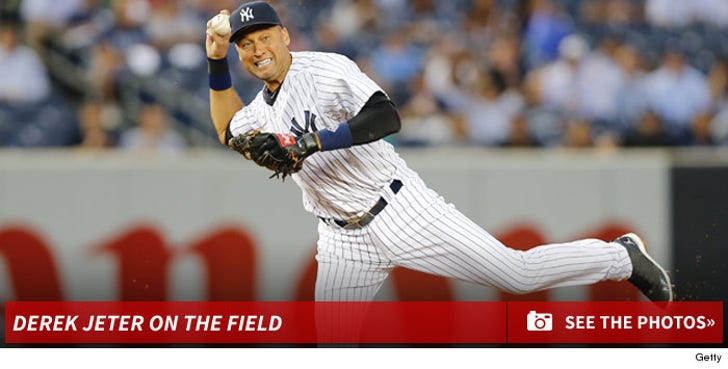