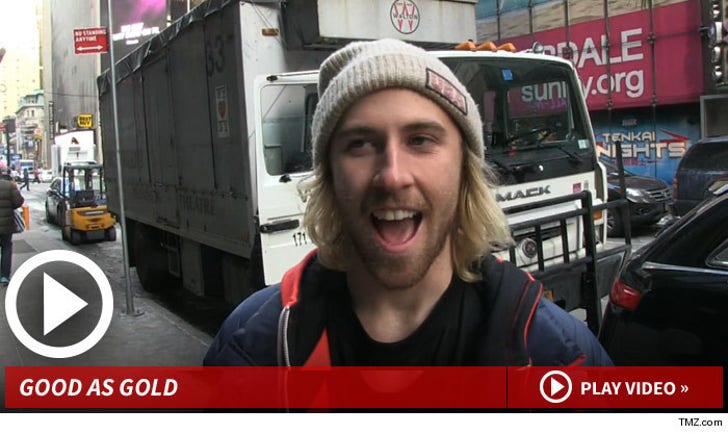 Things haven't even begun to heat up in Sochi yet ... at least when it comes to the storied SEX PARTIES in Olympic Village ... so says someone who would know, Team USA snowboarder Sage Kotsenburg.

Kotsenburg -- who just won THE GOLD in Snowboard Slopestyle -- is back in the U.S. and earlier today, we HAD to ask about the international bangfest that athletes have been raving about for years!

OLYMPIC SEX NOTE -- tons of athletes have talked about the rampant sex in Olympic Village, including UFC bad ass Ronda Rousey, who told us the scene is pure "debauchery."

But Sage tells us ... none of the athletes are playin' hide the pirozhki just yet ... explaining, "Toward the end of the week, people get pretty rowdy I heard."

On a related note, Sage says he might head back to Russia before the games are over.