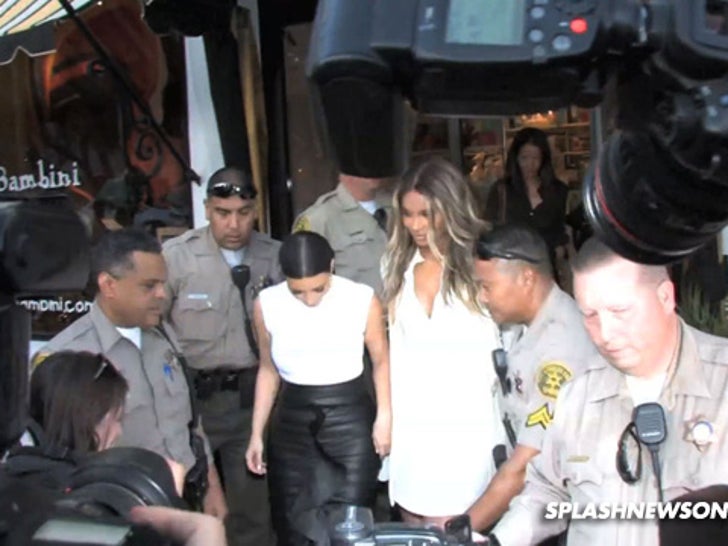 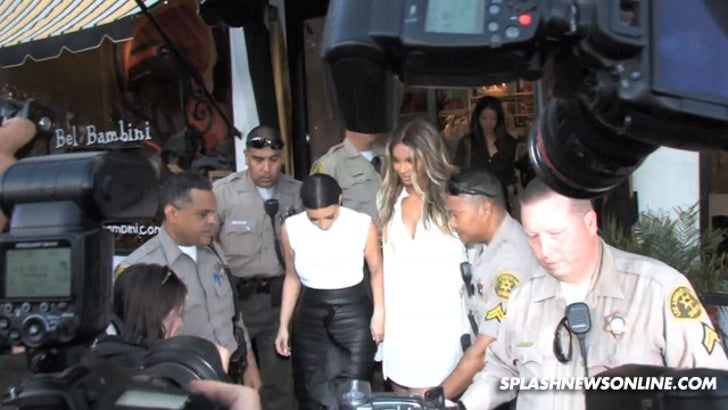 There seems to be a conflict in the Sheriff's Dept. A Dept. rep told us earlier the officers were on duty, but we just got a call from the Capt. at the West Hollywood station who says the deputies were all off duty and hired by a production company.

Kim Kardashian and Ciara got as much law enforcement attention as Rodney King on Wednesday ... as they shopped for baby clothes.

Kim and Ciara were leaving Bel Bambini ... a high-end baby store on Robertson in L.A. -- as 5 (FIVE) L.A. County Sheriff's deputies flanked them as they made their way to their cars.

So the question -- What the hell? We called the Sheriff's department and they said they had no answer.

True enough ... there was a swarm of paparazzi -- but photogs are a fixture on Robertson and there's rarely a problem. They get what they want, and so do most of the celebs who shop there. 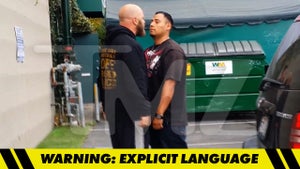 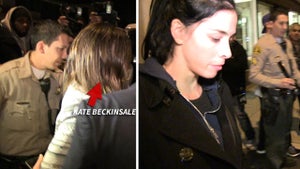 Kate Beckinsale -- Sheriff's Deputies Got Her Back and Front After Dinner