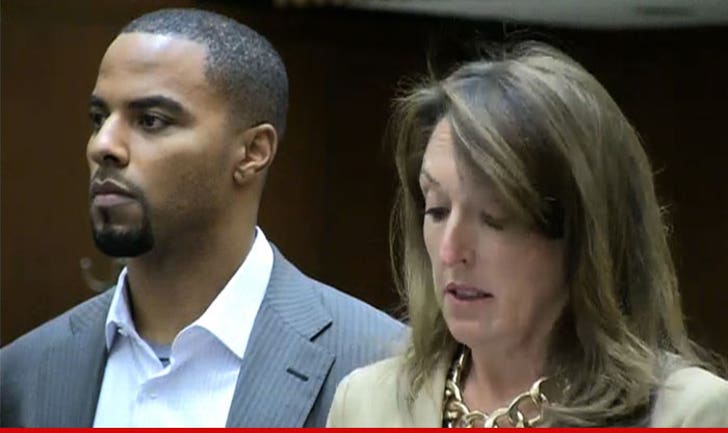 Officials believe they have a smoking gun in the Darren Sharper rape investigatin ... a shot glass that tested positive for a drug used to knock people out ... this according to court documents.

But the hardest proof may come from AZ -- where Sharper is accused of going home with 3 women he met in a Scottsdale nightclub on Nov. 20.

According to the docs, Sharper went to their place and poured 2 of them shots. Sharper allegedly raped both of the women.

But ... the next day, the women went to the cops -- and one of the shot glasses Sharper allegedly used to drug his victims was collected from the apartment.

The glass was tested ... and cops say the results show it tested positive for Ambien -- the drug Sharper allegedly used to drug all of his victims.

Sharper was never arrested in AZ -- but he was charged with raping two women in L.A. and if convicted, faces more than 30 years behind bars.