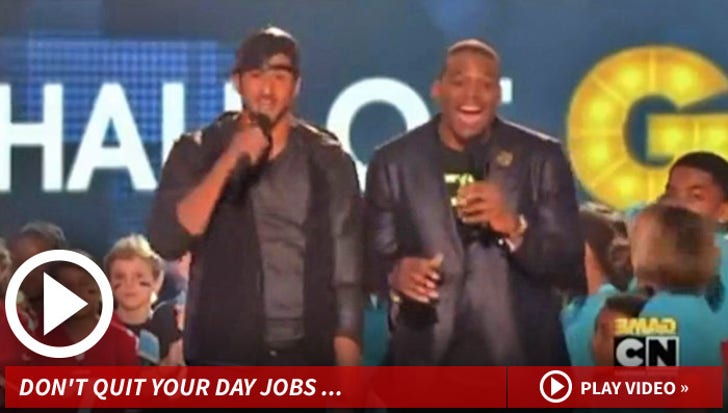 Send out the coroner ... because Cam Newton and Colin Kaepernick completely murdered the Katy Perry song "Roar" last night ... and it's absolutely HILARIOUS!!

The NFL superstars co-hosted the "Hall of Game Awards" on Cartoon Network ... and at the beginning of the show, they had some goofy banter about who should have been the MAIN host of the event.

That's when Cam grabs the mic and busts out his best tone-def version of the pop song ... and Colin followed suit.

The best part ... Colin screws up some of the lyrics and the kids actually BOO.

It's pretty damn funny -- props to both guys for having the stones to get up there in the first place.