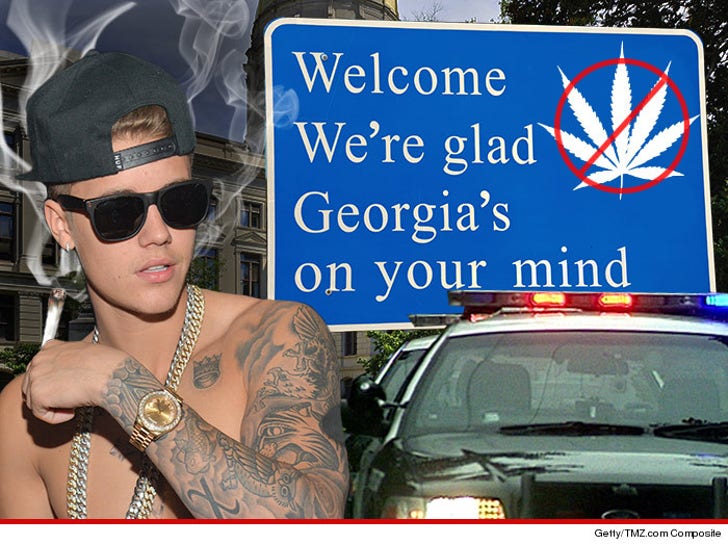 Justin Bieber's plan to move to Atlanta may be the worst decision he's made in years -- and that's really saying something -- because it could land him behind bars FOR YEARS.

TMZ broke the story ... Bieber now has his mind set on buying an estate in Atlanta and living there part time.

Here's the problem ... and it's a big one. In Georgia, possession of a tiny bit of weed is a misdemeanor that can land you in jail for 1 year. And, if it's more than an ounce, it becomes a FELONY and the maximum penalty is A DECADE BEHIND BARS.

By contrast ... in California 28.5 grams of pot or less is like a traffic ticket. And more than 28.5 grams is just a misdemeanor with the max penalty of 6 months in county jail.

Also in California, you can avoid criminal prosecution altogether by simply getting a medical marijuana card. There's no such thing in Georgia.

As for sizzurp ... in Georgia even a tiny bit of unprescribed codeine can land you in prison for 15 YEARS.

In California ... a little sizzurp is a felony, but the maximum punishment is 3 years.

Short story ... Justin may be making a colossal mistake.