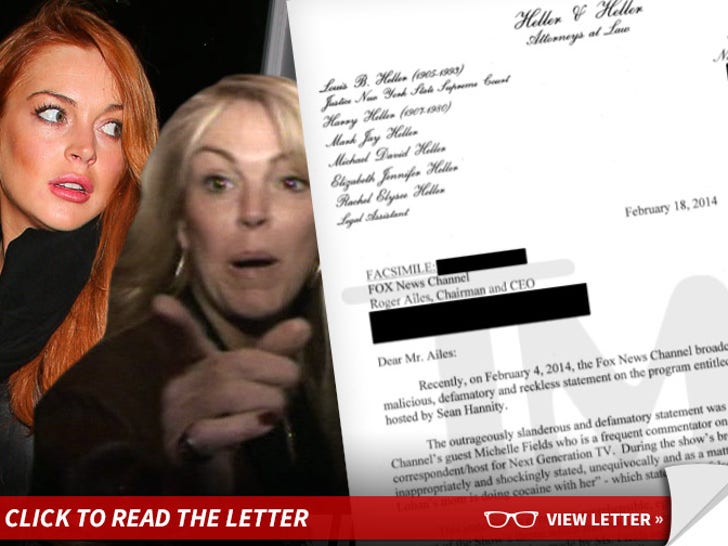 In the 10-15 times Lindsay Lohan did cocaine ... her mom was not sharing ... so claims her outraged lawyer.

Lindsay is pissed over a Fox News Channel segment, in which the host says, "Lindsay Lohan's mom is doing cocaine with her." Attorney Mark Heller says it's a lie.

Heller wrote a letter to FNC, saying it's shocking that Lindsay and her mom were lumped in with the various celebs who died of ODs.

Heller claimed the FNC host was trying to "maliciously foreshadow to the viewers that the Commentators could 'see it coming.'" In other words, he's saying the message was that Lindsay would bite the dust just like Philip Seymour Hoffman.

Lindsay's lawyer suggests that reports like these create an "emotional weakening" for celebs who have a big drug problem. Good thing Lindsay's been coke free except for a dozen or so times.