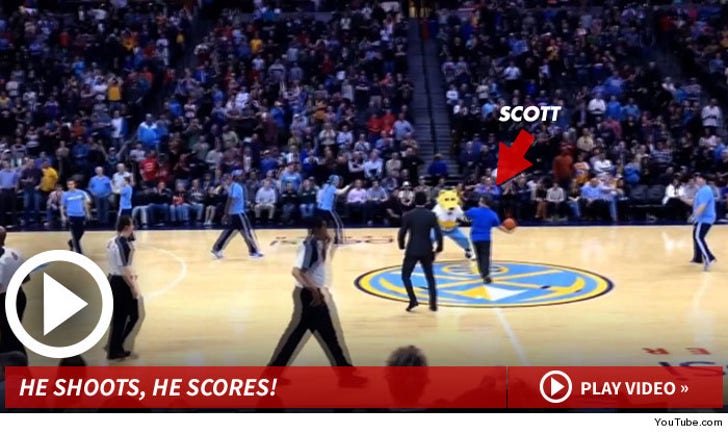 Scott Schwartz -- who played the kid who got his tongue frozen stuck to a pole in "A Christmas Story" -- hit an UNBELIEVABLE half-court shot at a Denver Nuggets game ... and all he got was a lousy t-shirt.

Schwartz -- who also starred as the spoiled brat in the Richard Prior classic "The Toy" -- was brought on to the court Tuesday as a celebrity guest to goof around with the Nuggets mascot during a break in the action.

Things started off with the mascot sinking a crazy over the back half-court shot ... and then he handed the rock to Schwartz -- who NAILED a Kareem-style hook shot!!

Unfortunately, the shot wasn't a part of a contest ... so he didn't win anything (though Schwartz says the Nuggets were nice enough to give him a t-shirt and a cranberry juice).

Scott tells TMZ Sports ... there was NO WAY he thought he'd sink the shot on the first try -- but says, "I was always an athlete."