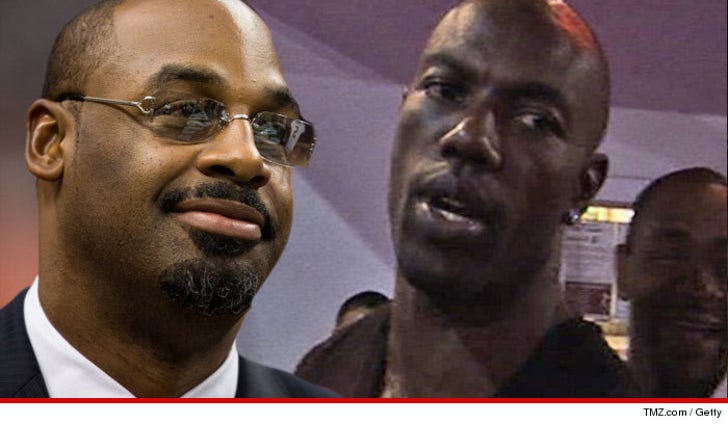 Donovan McNabb's people were IN NEGOTIATIONS for the former Philadelphia Eagles QB to appear at the roast of his arch-enemy Terrell Owens Thursday night ... but things fell apart days before the event, TMZ Sports has learned.

We spoke with comic Joe Conklin -- one of the organizers behind the charity event -- who tells us roast honchos initially reached out to McNabb hoping to reunite the former teammates.

But when roast organizers finally called back to agree to Donovan's rate -- the QB changed his mind and decided it wasn't worth it ... and ultimately, didn't appear at the event.

According to Conklin, there was talk that McNabb didn't bail because of T.O. -- but rather because he heard boxer Bernard Hopkins was considering attending the event and he didn't want to be in the same location. FYI -- B-Hop's been talking all sorts of smack about McNabb lately.

We reached out to McNabb's camp for comment -- so far, nothing back. 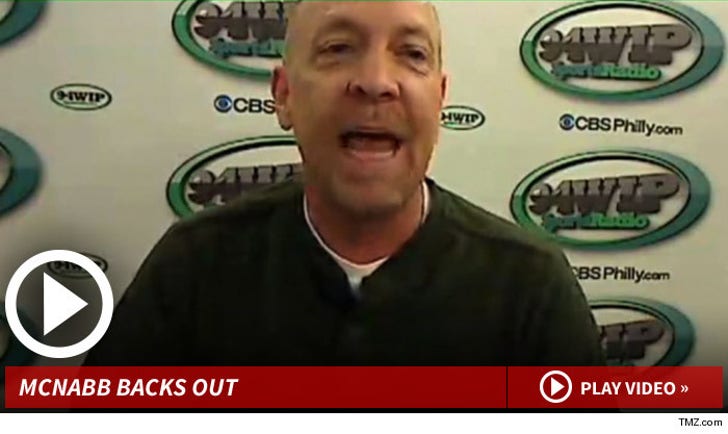