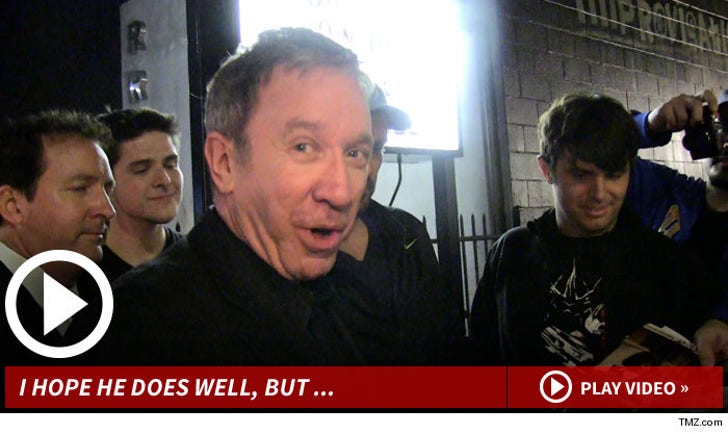 Tim Allen -- Detroit Lions mega-fan -- isn't too pumped about his team's new head coach ... telling TMZ Sports he's not sold on Jim Caldwell after his disaster of a season in Baltimore.

The "Last Man Standing" star was leaving The Improv in L.A. last night when we asked how he felt about the former Baltimore Ravens offensive coordinator taking over the Lions.

His response was less than enthusiastic.

"Let's just say ... how well did Baltimore do with their offense this year? Kinda sloppy right?"

Allen raises a good point -- under Caldwell, the Ravens finished the season an abysmal 29th in total offense and lowly 25th in scoring.