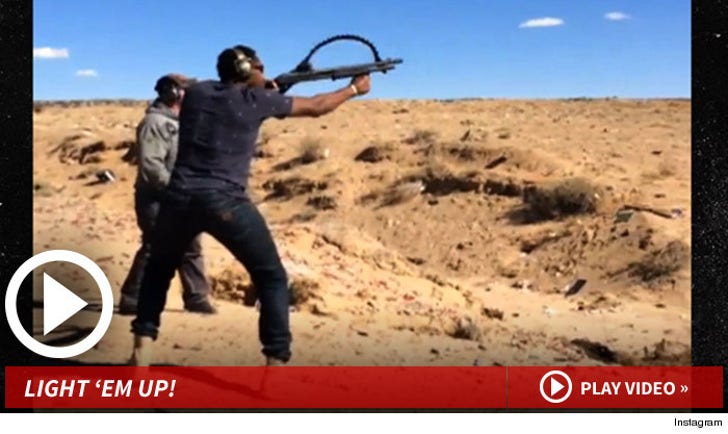 Talk about packin' heat -- UFC champ Jon "Bones" Jones was blasting away with special shotgun ammunition that actually turns his piece into a frickin' FLAMETHROWER ... and it's all on video.

Jones grabbed his Remington 870 Express pump action shotgun and went to the desert to test out some unusual ammunition ... including something called "Dragon's Breath" ... which can ENGULF YOUR TARGET IN FLAMES!!!

FYI -- Dragon's Breath is illegal in a couple of states ... but it appears Jon was shooting in New Mexico, where it's ok.

If you wanna see the full power of the ammo -- check out the clip below and scroll to 4:24.