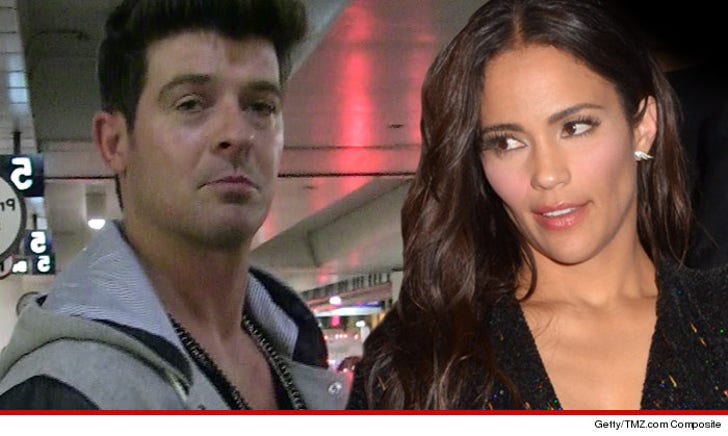 Robin Thicke threw a Hail Mary last Friday to try to save his marriage ... cancelling his Atlanta concert and flying to Canada to plead with his wife ... TMZ has learned.

Sources connected with the couple tell us ... Paula Patton told Robin Friday she wanted to end the marriage. Robin then abruptly cancelled his show, saying he had throat problems. But the cancellation was solely so he could sit with his wife and try to change her mind.

We're told Paula -- who is shooting a movie in Vancouver -- and Robin had a long, face-to-face talk ... both acknowledging they had not been getting along and frequently arguing.

Our sources say in the end Robin realized Paula was determined to end the marriage and reluctantly agreed, but was very upset. We're told she was also upset.

The next day Robin cancelled his Orlando concert so he could be with their child. 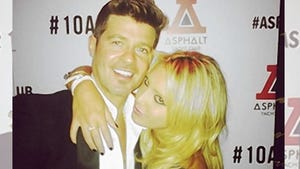 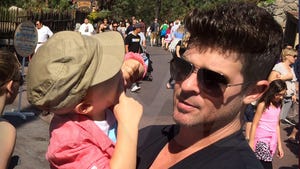