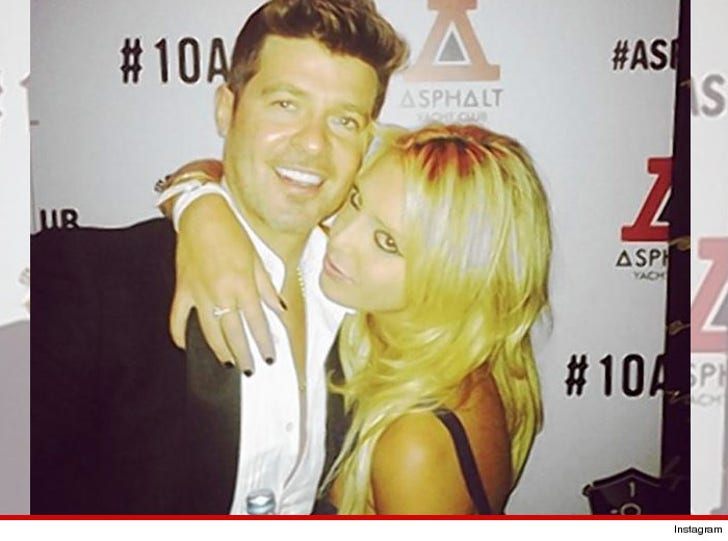 The girl whose ass Robin Thicke grabbed after the VMAs last year hasn't given up hope on a relationship -- she tells TMZ, she still wants to go out on a date with the singer ... especially now that he's separated from his wife.

As we reported, Robin and his wife Paula Patton announced they were separating today after 9 years of marriage.

It's unclear if the infamous ass grab photo is partly to blame for the split -- but 20-year-old blonde butt-grabbee Lana Scolaro is grateful for the chance to get back in there.

She says she regrets making out with him, but tells us, "I'd love to grab a drink with him if he asked."

As for the split, she's not the least surprised -- “Robin acting like that with me makes me think there were many more. It’s a shame because when you have a kid, it's upsetting.” 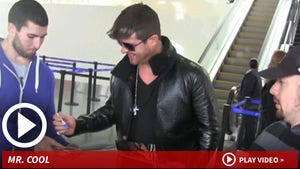 Robin Thicke -- Coolest Display of Coolness Ever, Until ...