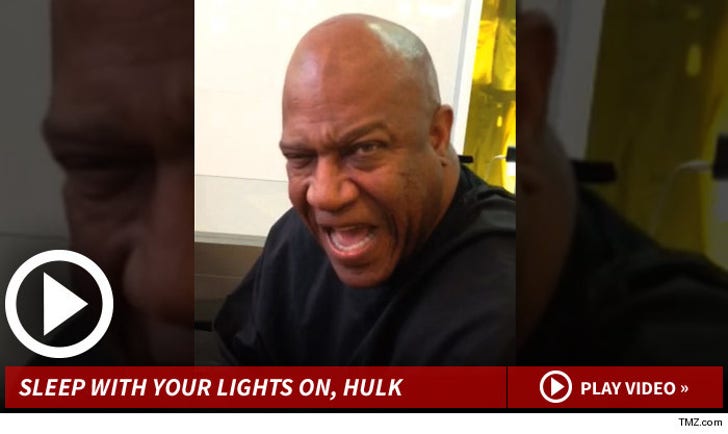 Hulk Hogan ... you might get KNOCKED THE F OUT ... because the guy who played Deebo in "Friday" wants a piece of you in the ring ... AGAIN.

Of course, wrestle-a-holics know ... before he terrorized Ice Cube, Tiny Lister played Zeus in the 1989 wrestling flick "No Holds Barred" ... where he battled the Hulkster for the first time.

After the movie, the two wrestled in the WWF a couple of times ... with "Zeus" losing every match.

Now, with Hulk gearing up for his "comeback" ... Lister says he wants the first shot -- saying, "We got some unfinished business!!!"