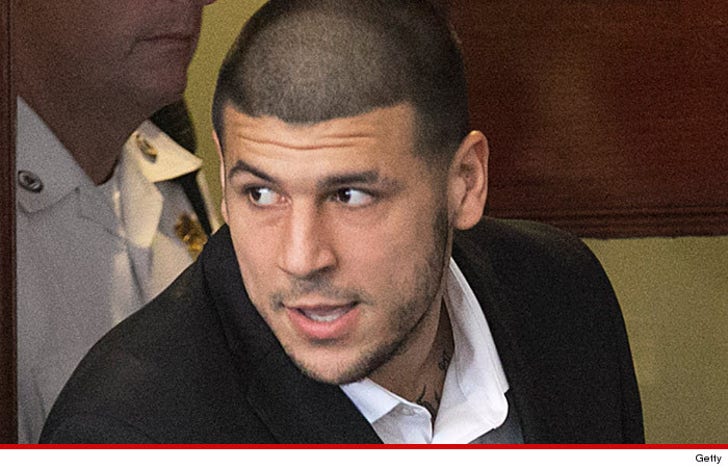 The victim in the Aaron Hernandez jail fight was in HANDCUFFS at the time of the attack ... and therefore couldn't defend himself ... sources extremely familiar with the situation tell TMZ Sports.

Our sources tell us ... Aaron was NOT wearing handcuffs when he was allowed to go for an isolated walk in a hallway at Bristol County Jail on Tuesday ... but the other inmate he encountered WAS in 'cuffs.

As we first reported, the other inmate had been talking smack to Hernandez ... and Aaron had been upset. When they got into the hallway, Aaron attacked ... and we're told he beat the crap out of the guy.

Our sources say ... since the victim's hands were restrained, he could barely defend himself from Aaron's assault, which we're told was brutal.

Bristol County Sheriff Thomas Hodgson has told other media outlets, the fight lasted less than a minute. Hodgson says he's investigating the situation to find out how the men got into the hallway at the same time.

A rep for the jail had no comment. We reached out to Hodgson about this story multiple times ... he won't return our calls.