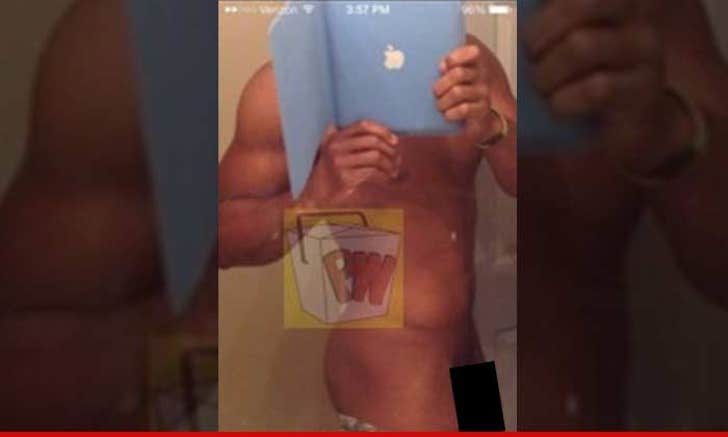 The photo has been exploding online -- with multiple websites saying the shot of a naked buff dude (which reportedly surfaced on the Grindr app) with his face covered by an iPad is the NFL draft prospect.

Weiss adds, "It could be anyone. There's no face."

Cameron says the REAL Michael Sam is focused on the NFL Draft -- saying, "Michael has a few weeks to fine tune some things before his Pro Day. He'll be ready."