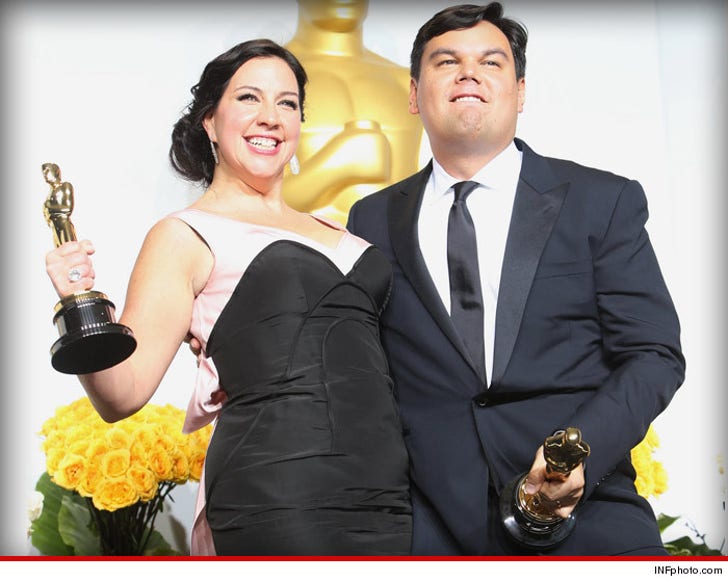 Robert Lopez struck a pose that said ... "SUCK IT" ... right after his Oscar win put him in an exclusive club with the likes of Mel Brooks and Whoopi Goldberg.

Gotta love the bravado ... Lopez flashed his big swinging statuette to reporters and photogs backstage shortly after he and his wife won the Oscar for Original Song for "Let It Go" from "Frozen."

Give that guy a hand. Maybe two.