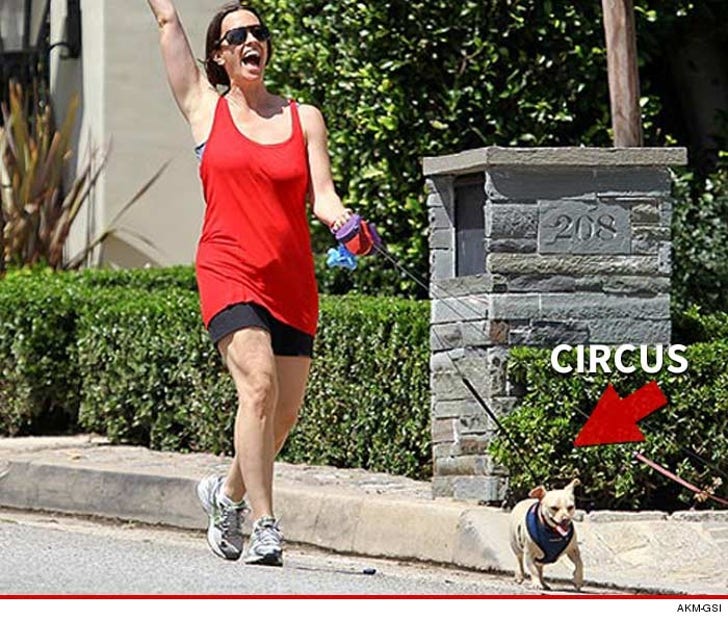 Alanis Morissette claims her housekeeper stole her precious pooch out of revenge and she and her husband are both heartbroken and PISSED.

Alanis' husband, Mario Treadway, filed a lawsuit ... claiming he and Alanis found a stray, 10 lb Chihuahua/Pug mix roaming the streets back in May, 2011. Mario says they did the right thing and took the dog to an animal shelter but no one came to retrieve it.

So Alanis and Mario adopted the pugnacious pooch, which they named Circus.

All was fine until January, when they fired their housekeeper (in rich people's lingo they call it "House Manager"), Maria Garcia.

According to the lawsuit -- filed in L.A. County Superior Court -- Maria wanted Circus as part of her severance, because they claim she had the dog and refused to return it. Maria sent an email to their business manager saying she wanted "ownership" of Circus. Apparently Maria grew attached to the dog because she took care of it while Alanis and her hubby were on the road a lot.

Now Alanis and Mario are out for blood. They're suing Maria, asking for more than $25K and they want the judge to order the return of the dog.

UN-FUN FACT: Under California law dogs are considered property ... so an individual dog is almost never considered so special that a judge would order its return ... the only remedy is money. And that's a sad dog tail.