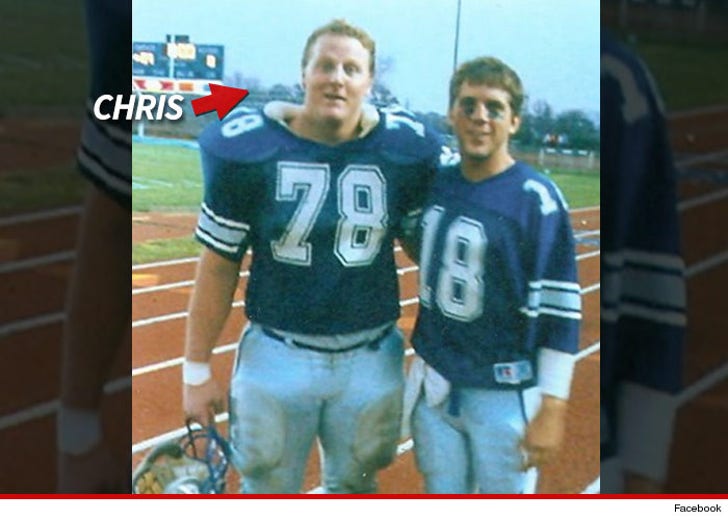 Cops are investigating text messages in a murder-for-hire case in which a skin specialist to the stars bragged about soliciting former Detroit Lions offensive lineman Chris Geile to kill a rival skin specialist ... TMZ Sports has learned.

We reached out to Chris for comment -- but could not reach him.

We know ... skin specialist Dawn DaLuise was arrested on Wednesday for solicitation to commit murder .

Our sources tell us ... the text messages in question were allegedly sent from Dawn to a friend -- and in them, she brags that Chris will "take out" her intended target. She also mentions that Chris is 6'7" and 315 lbs. She also claims he was a QB ... but that just ain't true.

As for DaLuise -- she's currently being held on $1 million bail.