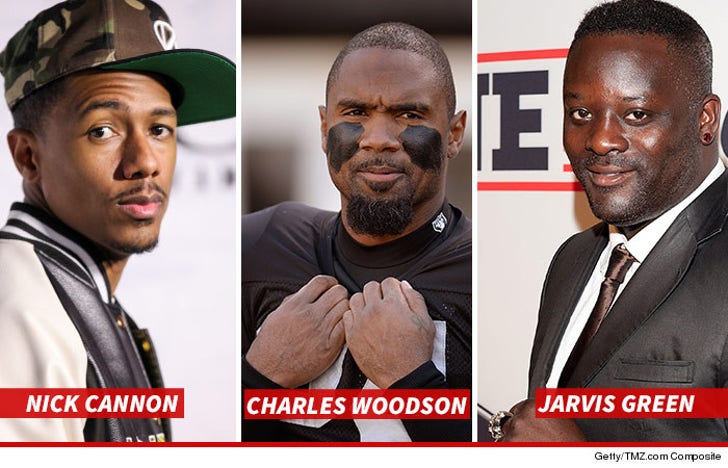 Nick Cannon suddenly has something in common with 2 Super Bowl champs -- they were all targeted for tens of thousands of dollars by an alleged scam artist who just got slapped with multiple felonies.

As TMZ Sports first reported ... ex-Patriots star Jarvis Green was nearly ripped off earlier this year ... by a man who claimed he could hook him up with Miami Heat season tickets AND partial ownership of the team.

What's interesting is how much cash he tried to lift from each victim: $50k from Woodson, and $25k from Green.

Clearly he didn't think Nick's pockets were as deep ... because he only asked for, and ultimately got, $15k from Mariah's husband.

Jones faces more than 30 years in prison if convicted. For now ... prosecutors want him held without bail, unless he can prove he's paying it with legit funds, instead of his victims' loot.