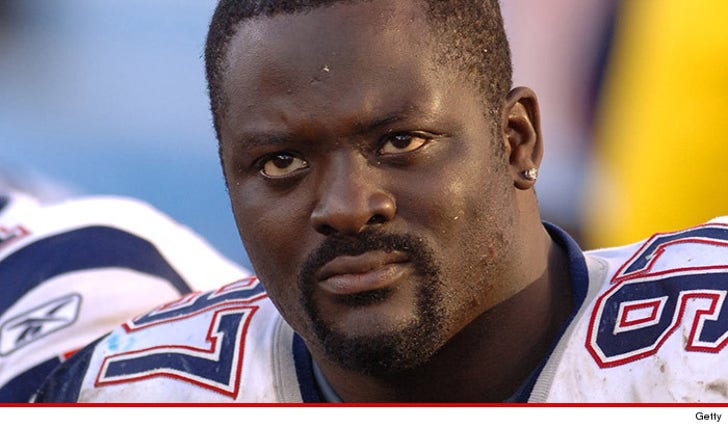 Ex-NFL stud Jarvis Green -- a 2x Super Bowl champ -- narrowly escaped being scammed into buying bogus shares of an NBA franchise ... and now the FBI is on the hunt for the con man behind the alleged scheme, TMZ Sports has learned.

The former New England Patriots defensive end -- who spent 8 seasons in the league -- tells us ... he was contacted by a person who claimed to affiliated with the Miami Heat and was offering to sell equity in the team so Green would be a partial owner.

Green said the guy sounded legit at first ... explaining, "He was telling me about LeBron James, courtside seats ... can you imagine high-fiving LeBron?"

The guy wanted more than $250k from Green -- but when the ex-NFL star started considering the offer, he became suspicious.

"It sounded amazing, but I kept thinking, 'Why Jarvis Green? Why not Tom Brady?' Something was off ... but I was excited."

Green says ... when the con man started pushing for bank account information, he contacted the Miami Heat to investigate. The Heat quickly called BS on the scheme and contacted the FBI.

We're told the feds got in touch with Green -- and opened up an investigation.

Sources familiar with the investigation tell us ... they believe the suspect could be the same person who allegedly scammed Warren Moon out of $200k in a similar scheme.

When contacted for comment, a rep for the FBI would only confirm there is an active investigation -- but would not comment on any specifics.

"People like that shouldn't be breathing," Green says .. "They're parasites."