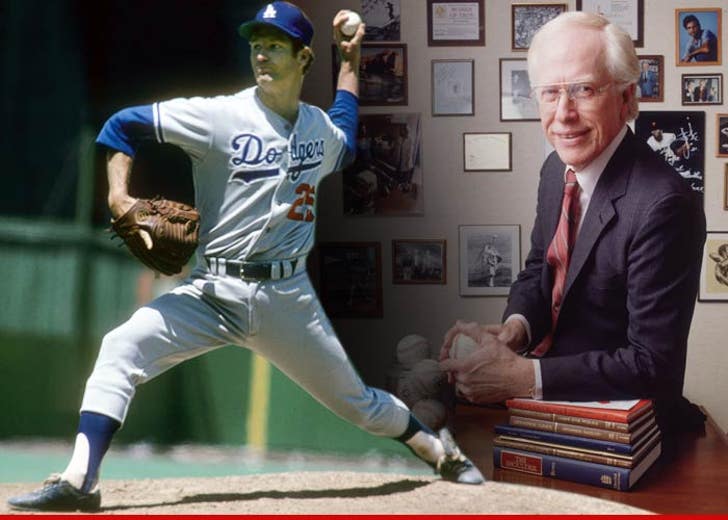 The doctor who invented "Tommy John Surgery" ranks up with Jackie Robinson when it comes to people who changed baseball forever ... so says Tommy John himself.

TMZ Sports spoke with the iconic MLB pitcher after the passing of Dr. Frank Jobe -- the man who pioneered the elbow surgery that saved Tommy's pitching career ... and countless others.

The surgery, which Jobe first performed on Tommy in 1974, was revolutionary ... in which a torn tendon in the elbow is replaced with a healthy tendon from somewhere else in the body.

John was the first major athlete to undergo the procedure ... and went from considering retirement to winning 164 GAMES following the surgery.

But Tommy says Dr. Jobe wasn't 100% confident it was going to work before he went under the knife.

"Before the surgery, Frank said to me 'do you have something else to do? I'm not sure this is going to work.' He knew my wife was pregnant."

Fortunately, the whole thing worked out ... now more than 1/3 of active MLB pitchers have undergone the "Tommy John surgery."

John says ... "Three people changed baseball more than anyone: Jackie Robinson, who broke the color barrier. Marvin Miller who changed the players union. And Frank Jobe, who revolutionized the medical side of baseball."

Tommy says he was surprised when he learned of Jobe's passing this week ... explaining, "I sent Frank an email a few weeks ago and I told him 'if I get into the Hall of Fame, I want your butt standing next to me.' He was one of the most important people in my career."