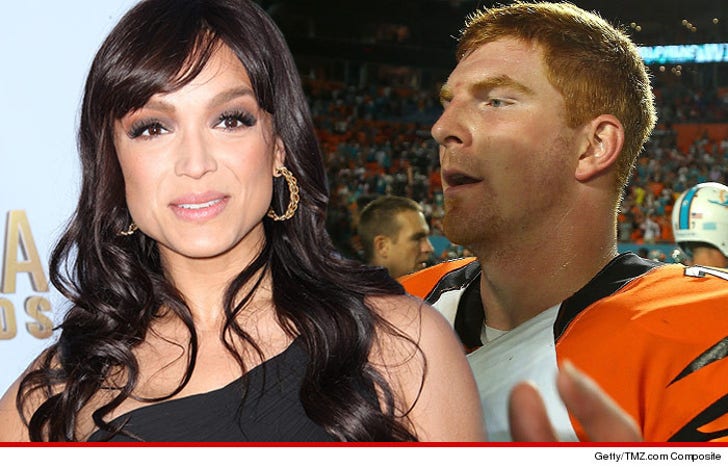 Turns out the woman formally known as Prince's wife is obsessed with FF ... and she just gave TMZ Sports her top 5 guys to STAY AWAY FROM in 2014. So, without further ado ...

1) Philip Rivers: "I believe he has 7 kids. How do you remember a playbook when you have to remember all those kids' names?"

2) Reggie Bush: "If they play Kanye West songs in the stadium, it could force him to have a flashback of Kim Kardashian"

3) Dez Bryant: "Anyone who 'allegedly' slaps their mother shouldn't get to celebrate in the end zone."

4) Andy Dalton: "He has red hair. Has there ever been a fantasy stud with red hair?"

5) DeAneglo Williams: "He's going to have a bad season because he's a hunter. And I'm an animal lover."

Note: Mayte's advice may, in fact, be terrible. Take it at your own risk.