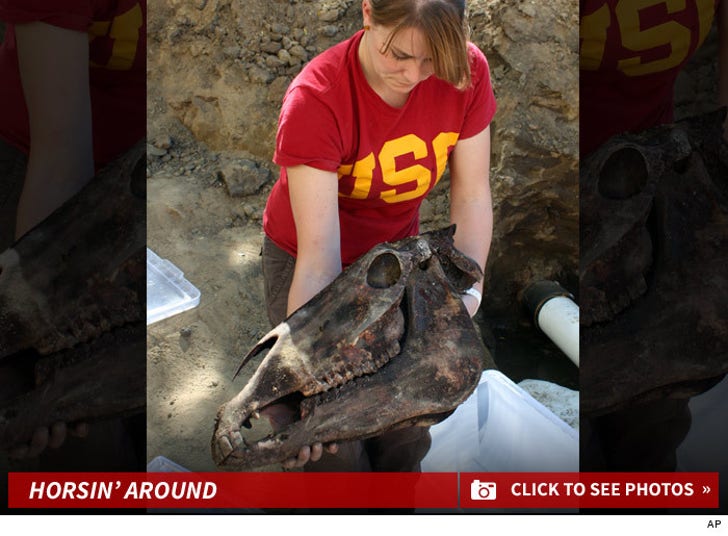 Forget beating a dead horse, they're EXHUMING them at the Hollywood Park race track ... in an effort to relocate the expired animals before the track is torn down.

One of the horses being dug up is Native Diver ... a former champion who won over $1 million in his career before he died in 1967. He was buried beside the track in a grave marked with a special monument.

But now that Hollywood Park is closed for good, Native Diver's former owner says he doesn't want to see the horse buried under the real estate development that's set to replace the track.

So, he went to USC and asked the archaeology department to help excavate the horse ... which will be moved to Del Mar race track in San Diego before he's placed in a permanent resting spot.

The students who are assisting on the dig have already unearthed Native Diver. According to reports, there are two more horses set for excavation.