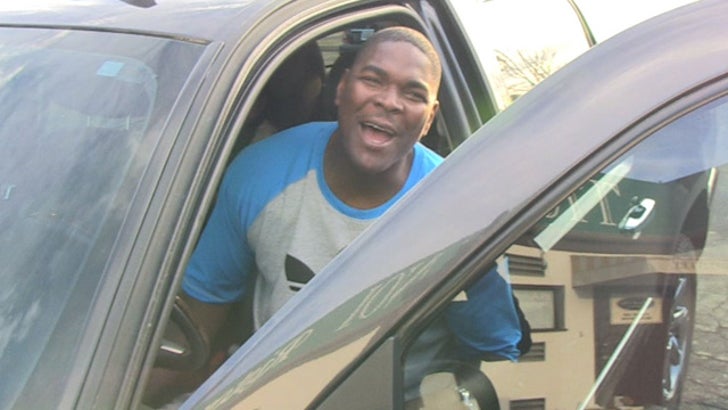 He's reportedly got 17 scholarship offers ... from Notre Dame to Florida State ... but it doesn't matter because Snoop's son was MADE to play football for USC ... so says Keyshawn Johnson.

KJ -- one of the greatest Trojans of all time -- was out in Malibu when he told us why SC would be the perfect fit for Cordell Broadus, one of the top HS wide receivers in the country.

Snoop's never been shy about his passion for SC ... but when it comes to where his kid plays ball, he's said it's all about finding the right program for Cordell.

As for Keyshawn, he acknowledges SC ain't exactly the stellar program it once was ... but says, "Hopefully, we'll get back there."